Funny Octopuses Board Game for Kids

This is fun Octopus board game. It is for players age 3 and older and is for 2-4 players. It generally takes just 5 minutes to play.

This is fun Octopus board game. It is for players age 3 and older and is for 2-4 players. It generally takes just 5 minutes to play.

It features a set of 18 cards that have octopuses which all differ from one another via the following 5 features: Color, the presence of ears, hats, bows, and lastly fish. 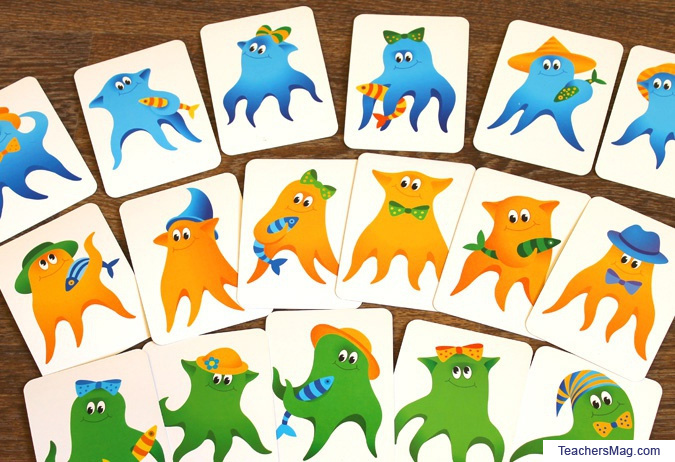 First, you shuffle all the cards and then lay them upon the table with the pictures facing up.

Throughout the course of the game, one of the players turns away from the table and the second player (the leader) hides a small leaf with the image of a shell hidden under one of the cards. The other player’s task is to find the octopus under which the shell lies, asking the leader questions and receiving only monosyllabic answers–“Yes,” and, “No.” 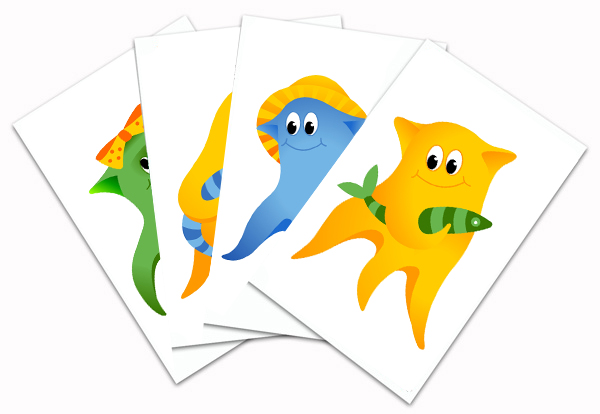 Starting this game is a lot like the first game listed. First the, “Leader,” hides the coin and then another player searches for it. The process, however, is different.

The other player picks any octopus they would like from the table and puts it next to themself. Should there be a coin under it, they have already won on the first move! Should there not be a coin, the leader then needs to say what this octopus has a feature that is not like the one the player is in fact looking for. To give an example, “No, my octopus is not wearing a hat.” Then the player draws the next card–keeping in mind the hint provided by the leader. Should the coin be under the card, then the player won on their second move. If they are not right, the leader will again tell the player what feature the octopus has that does not match. 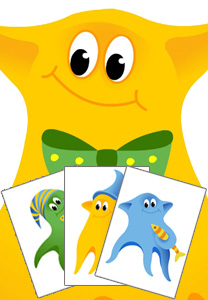 You're viewing: Funny Octopuses Board Game for Kids $3.50
Add to cart
Add to cart