Take one card with the body of a snowman and then pick-up and use the second card which has the head of the snowman that matches.

First print-out the additional sheet that has more shapes without the snowmen design. Choose two cards with different shapes and then match the snowmen shapes with them too.

This is a more complex version of the 2nd game. First, choose two shapes but do not show them to a student. Instead, say the name of the shape out loud. Once the student has chosen two snowmen reveal the shapes you previously selected and then check whether the shapes the student chose were right.

+ Envelope for Storing and Sorting the Game

These printables are a wonderful way to work on developing counting and matching skills regarding numbers.

It should be noted how there are some blank snowballs so you can write or draw in other ways to symbolize the numbers.

It is easy to print the sheets, laminate them, and then separate everything into individual pieces so that the kids can sort the numbers! Children will have a fun time matching the correct numbers together in their various representations!

+ Envelope for Storing and Sorting the Game

This envelope can be printed as well and once folded-over and glued or taped together used to hold all of the snowman heads and body-pieces for the snowman number matching! 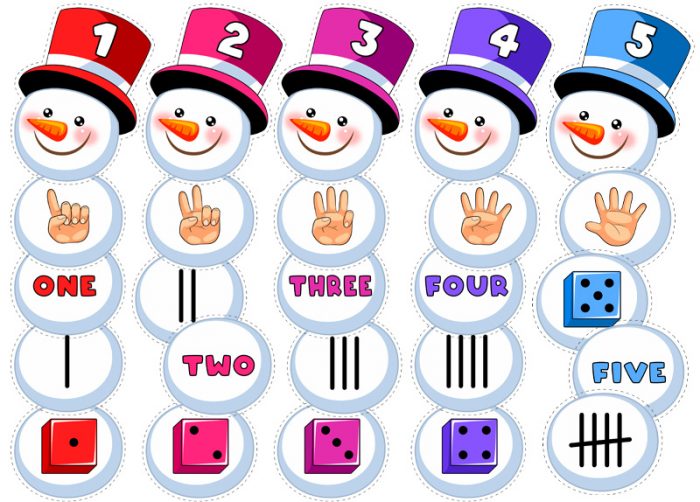 2 pages that provide the ability to make 9 cute snowmen!

This snowman matching game is a fantastic winter-themed activity to do with young kids. Children doing this game work on their visual discrimination and color skills while enjoying the snowman-themed imagery. This activity is perfect to do with preschool, pre-K, or an early childhood education classroom.

How to Play the Game:

Students look at the sheet with 9 possible snowmen combinations and then take the pieces from the 2nd sheet that have been cut into individual squares and move the pieces around to match each combination! 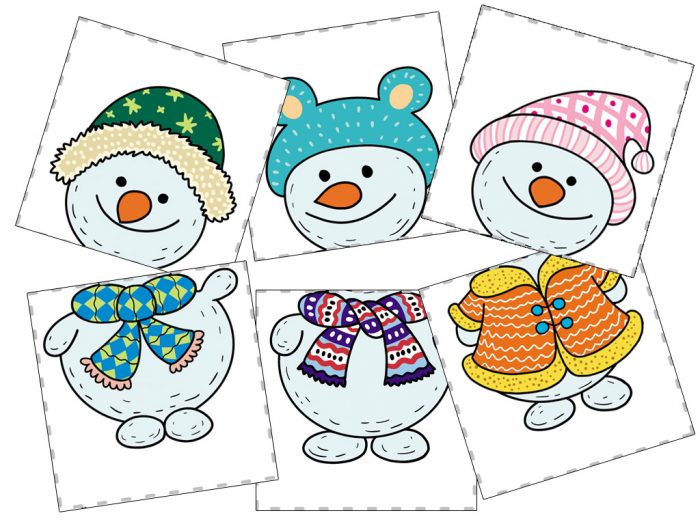 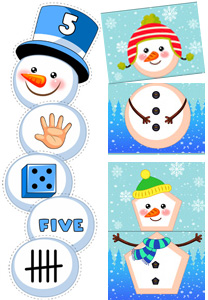